Best-Selling Horror Books of All Time

It’s officially spooky season, so it’s only right to incorporate some horror books into your October reading list. But what to read first? We firmly believe you can’t go wrong with a best seller!

Every year as the leaves begin to change colour, we find ourselves craving a little seasonal scare-reading to get us in the mood for Halloween. Some of the best-selling and greatest books of all time are horror novels! So if like us, you’re looking for some spine-shivering books to read this October, you’ve come to the right place.

We’ve put together a list of the top 10 scariest and most popular horror novels of all time!

Frankenstein by Mary Shelley is one of the oldest and most famous horror novels out there! It’s available to download and read for free from multiple sources on the internet, so it’s hard to know exactly how many copies have been sold over the years. However, being considered the first proper horror novel of modern times, it’s definitely in the tens of millions.

Even those who haven’t read Frankenstein, are familiar with the story. Shelley tells a tale of a mad scientist, Dr Frankenstein, who creates a living monster made up of dead bodies. He quickly realises his creation is not the perfect specimen he envisioned, but rather a freak of nature that is rejected by society. As a result, the monster seeks revenge through the murder of some important people in Frankenstein’s life.

The novel includes a lot more details of course. If you haven’t read this classic horror book, we definitely recommend doing so this Halloween.

Another absolute classic – Dracula! A vampire novel that’s so widely loved and yet, much like Frankenstein, we can’t pinpoint a total number of sales for similar reasons.

The story is set in the 15th century where a young lawyer, Jonathan Harker is sent to Castle Dracula to finalise a land deal with one of his firm’s clients. The client in question, Count Dracula, is cursed to survive off the blood of the living for eternity. But when Dracula sees a photo of Harker’s fiance, Mina, he sees an uncanny resemblance to his dead wife. Dracula captures and holds Harker hostage while he sets off to London to find her.

Dracula is arguably the most iconic horror novel ever written and continues to inspire new adaptations to this day, whether it be by page, screen or theatre. We can’t understand why this book wasn’t popular when it was released – if only Bram Stoker could see the success of his legendary story today!

With over 40 million copies sold, Flowers in the Attic is by far the best-selling, modern gothic horror novel.

The true horror in this story doesn’t lie with goblins, ghouls and other mythical creatures, but in the barbarity that exists within the worst of humanity. The story of children enduring unspeakable treatment at the hands of their mother is terrifying because it’s all too realistic.

This is a book that holds a great deal of emotional power as it continues to shock its readers throughout.

4. The Exorcist, by William Peter Blatty

The super successful film adaptation of this spooky novel was so popular that it re-sparked a craze over the paperback, resulting in 13 million copies sold to date.

Written in 1971, The Exorcist, is about the demonic possession of an 11-year-old girl and the Catholic priests who attempt to exorcise the demon inside her. What makes it even more chilling is that Blatty’s story is said to be based on real events! If you’re looking for a book that will send shivers down your spine, pick up The Exorcist.

5. The Silence of the Lambs by Thomas Harris

The 10 million-copy bestseller, Silence of the Lambs, is a novel that successfully scared the world silent.

As a young FBI trainee dives into the mind of a locked away psychopath to think like the serial killer he’s searching for, horrific truths are unveiled. Set in the eerie cell of a hospital for the criminally insane, this book is centred around the abduction of women and the cunning psychotic thoughts of a murderer.

What makes this book so scary is that there are no supernatural elements at all, only all-to-possible horrors.

6. The Haunting of Hill House, by Shirley Jackson

The Haunting of Hill House was picked up by Netflix and a hit series was made based on it, but as is usually the case, it’s nothing on the book.

Shirley Jackson takes the age-old tale of a haunted house and perfects it in this novel. Four paranormal investigator strangers come to the haunted Hill House under the recommendation of Dr Montague, who is hoping to prove the existence of supernatural beings. During their stay, the house proves to be very haunted indeed!

This book has a lot of famous fans, including Stephen King, and it’s not hard to see why.

With 2.8 M copies sold, it’s safe to say Ring is a good read. It even inspired the major popular movie Rings which you’ve probably seen if you love horror.

In Ring, A mysterious videotape tells the viewer they will die in a week unless a specific act is performed. True enough, 7 days later, 4 teenagers die one after the other. A curious journalist, Asakawa, wants to get to the bottom of his niece’s mysterious death. His investigation into the tape and how to avoid death is a chilling horror story involving rape, smallpox and a forgotten well.

8. The Shining, by Stephen King

We couldn’t write a blog about horror books without featuring Stephen King. With 692,208 copies sold, The Shining isn’t his best-selling novel. However, with ghosts, visions and psychological disorders, it’s a true horror in our eyes and deserves a spot on this list.

The story is of Jack Torrane, his Wife and their son Danny. They move into the Overlook Hotel where Jack has been hired as the new winter caretaker. Jack hopes to resolve his drinking and rage and get closer to his family during their stay, however, they soon discover the Overlook has a devastating history and evil forces reside within. These forces exploit young Danny for his psychological powers and try to claim the boy.

If you’re looking for a book that will keep you up at night, give the Shining a read. While the story itself is fictional, it’s inspired by the creepy true hauntings within Colorado’s Stanley Hotel.

Oh look at that, another Steph King novel – not surprising really, he is the king of horror novels (pun intended). With more than 161,424 copies sold, Pet Sematary is a classic horror novel, and it’s easy to see why.

A cemetery filled with beloved pets has the power to raise the dead. The buried things come back to a sort of life. As the story unfolds, we see a nightmare of the supernatural come into play.

Many people consider Pet Sematary as King’s most terrifying novel because of its simple devastating plot that gets under your skin. It’s one of those books that you just can’t put down!

With just 76,020 copies sold worldwide, there’s probably horror novels that have sold better than this one. But if you take into account the popularity of the movie, It is seriously high on the list.

It and its freaky main character, Pennywise, managed to turn the image of a Clown from something funny and comforting to utterly terrifying in the minds of millions! The story follows 7 children and their horrendous experiences as they’re terrorized by an evil being that assumes the form of their worst fears.

The book was released in 1986, the first film in 1990 and the movie remake in 2017 and we still see a parade of Pennywise costumes every year come Halloween – If that doesn’t make it an iconic horror novel we don’t know what does.

Take yourself on a hair-raising journey and pick up one (or many) of these books this Halloween!

If you have any of these books that you’re looking to part with, find out how you can sell your books online with WeBuyBooks using the button below. 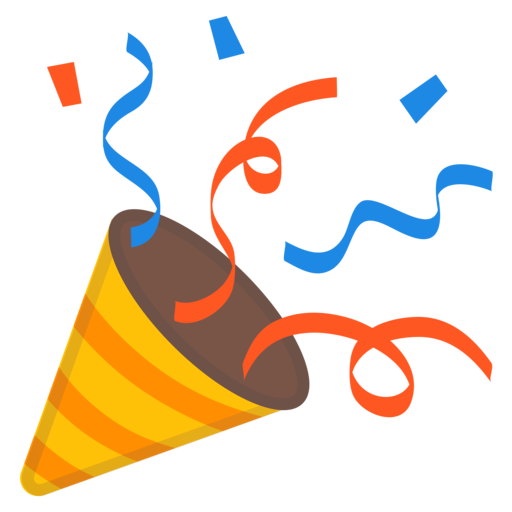 Sell your unwanted books for cash!